Your Guide To A Kick Ass Best Man Speech 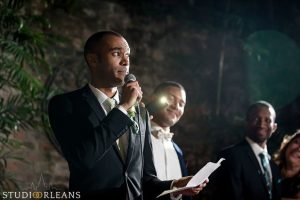 A little something for the guys today!

So you’ve been asked to be a best man. This is a great honor. One of the duties of a best man is to give a speech where you say a few kind words about your friend/brother and his new wife. If you’ve been to many weddings, you know that oftentimes best man speeches can quickly go left. The mixture of booze and lack of preparation basically can get really, really awkward.

Here are a few pointers to make you the BEST best man!

Don’t walk into the wedding reception thinking you are going to wing it. If you have a few weeks before the wedding, start thinking about some ideas for the speech. Begin brainstorming and jotting down thoughts, stories, jokes, and quotes you might want to use. If you don’t know a lot about how your boy and his wife met, ask. Think of stories from you guys’ past that show what a great guy he is. The goal of the speech is to celebrate the couple and make them look good.

Sure, you want to enjoy yourself, and yes, alcohol may help with vim, but make sure you’re not sloppy drunk when you give your speech. You don’t want to be completely uninhibited or you might say something you’ll regret later on.  Be man enough to chill on the drinks until after the speech.

Thank all the people who made the day possible. Single out the bride and groom’s parents by name, and offer a toast to them for not only putting on the wedding but for raising two fine people. Thank the guests for coming.

4. Tell a story–make a connection.

The best way to go about a best man speech is to find a connection between a story about your friend and your support for the couple. Share a story about the moment when you were hanging out with the couple and you realized your friend had found his match. Another good angle is to talk about the way that the bride and groom balance one another. You can include a funny (not embarrassing, see below) anecdote in which one of your buddy’s personality traits tripped him up in some way. For example, the story could be about how your friend is very shy and how this shyness made him do something hilarious while trying to woo her. You then talk about how bubbly and outgoing his bride is, and how they therefore balance each other and make a perfect team.

Keep your speech on topics that aren’t controversial, offensive, or embarrassing. You would think this is common sense, but people somehow forget this when they’re standing with a microphone in their hand in front of a crowd of people. (This goes for MCs as well *cough*) The worst thing is telling an offensive joke at a wedding and no one laughs. It’s OK to share a humorous anecdote, but not one that gets laughs at the expense of your friend and his new wife and embarrasses them and their guests.

DO NOT talk about the groom’s past relationships, don’t tell people what you really thought of your buddy’s wife when you first met her, don’t talk smack about the food, don’t make comments about “looking forward to the honeymoon” while winking at the bride–basically, use some tact and common sense.

No one will get it. No one cares. Save the inside jokes for when it’s just you and your friend.

There is nothing more irritating than a rambling drunk going on and on and on. People have probably already listened to the maid of honor and the bride’s father give their speech. By the time they get to you, the crowd is ready to eat cake and dance. No more than five minutes.

An easy way to end is by using a quote that wraps the speech up nicely. You can’t go wrong with it: “Marriage is not about finding a person you can live with, it’s about finding the person you can’t live without.” After that you can simply say, “My friend has found that person.” The End.

9. Raise your glass and propose a toast.

Raise your glass and say something to the effect of: “Here’s to a lifetime of happiness and love for ____ and ____!”

10. Remember to be yourself.

No need to get formal or try to be someone you’re not. And there’s no need to follow these instructions exactly either. Simply use them as a guide and be yourself. Let it flow naturally. Use your natural voice and mannerisms. Make it personal and sincere and say things from the heart and you should be golden.

Copyright © 2019 I Always Ever After | All Rights Reserved 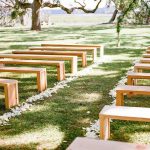 How To Have A Small Wedding In GhanaSmall weddings, tips 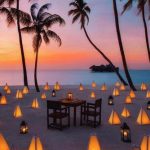 How To Plan Your Honeymoon On A BudgetBudgeting, Honeymoon, tips